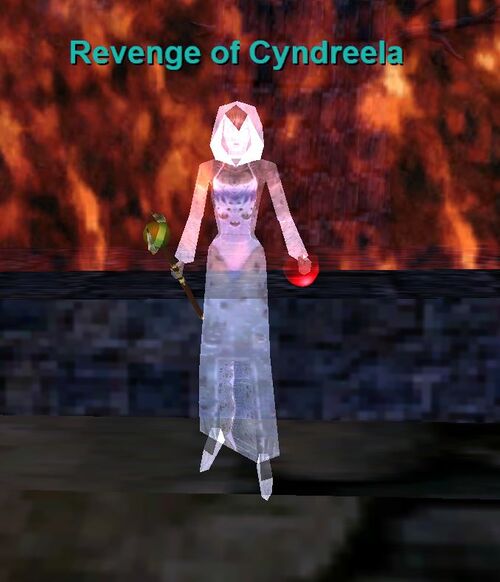 Revenge of Cyndreela started as a joke raid mob in original Clumsy's World that came to life because we always joked about people just bulldozing over Cyndreela for no reason and one day she'd come back to haunt people and murder them in their sleep. Meet Revenge of Cyndreela.

Cyndreela is a caster mob that casts primarily necromancer spells and summons adds that do the same.

When engaged Cyndreela will spawn guards that prevent exiting her cave so make sure the entire raid is inside the cave prior to engaging.

The spirits move very slowly so you can either choose to brute force Cyndreela and heal through the spirit damage or kite Cyndreela around the room, utilizing the various obstacles/pillars to provide line of sight coverage and protect the raid.

Once dead the cave guards and spirits will depop.