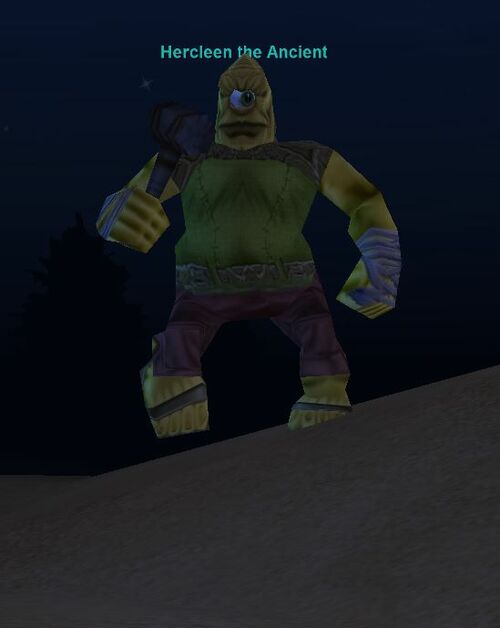 Hercleen the Ancient is a fun fight with a custom wild rampage mechanic that essentially damages the entire zone. So if you're a low level player passing through the zone when he's engaged, RIP...

Hercleen is mostly a "control the raid damage" fight and once you get that figured out is fairly simple. Hercleen is fairly slow but hits hard and when he does his AOE that damage is multiplied against the entire zone.

The basic strategy is a beefy tank who can build aggro fast to allow for DPS to open up early. In a guild's early days a SK is best for this.

Assign healers to the main tank and another healer (plus necros if able) to throw out group hots/zevfeers. Once you get MGB this fight becomes much easier as one decently geared cleric can MGB Group HoT and cover the whole raid.

This is a fairly fast fight with chances for DPS to really open up and shine.

Simply beat him before your clerics run OOM.