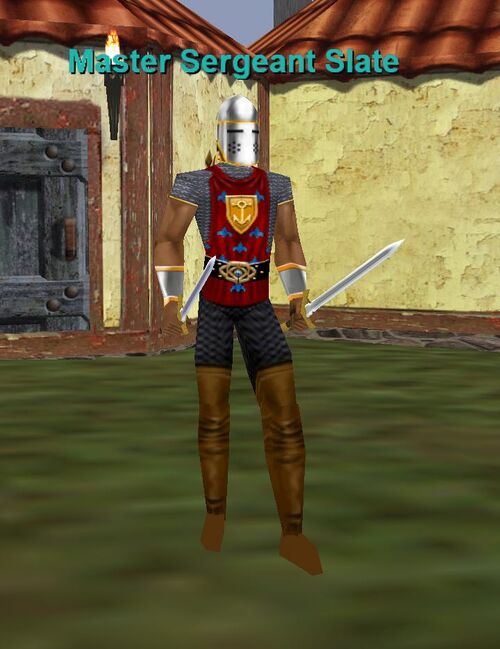 Master Sergeant Slate is the empowered version of Sergeant Slate. A recognizable mob out for revenge. He's a tough NPC that employs the use of strong melee damage and adds.

Master Sergeant Slate requires a strong tank and probably a heal chain until he is slowed. He will continue to deal fairly consistent damage to the tank even after slowed. Watch out for his Flurry and assign a good Rampage tank.

At 10% he will summon four random adds.

The adds are susceptible to certain status affects and higher level mezzes.

The adds do not depop when he dies so they must be dealt with.